Upon my return to Cambodia in December, I met  Jack Highwood, again, and he invited me to Mondulkiri to spend christmas there, and see the Elephant Valley Project again.

On christmas day we went out to the project, after passing by the new town office in Sen Monorom.

It once again strucked me, what a nice place Jack has found for the elephants within the project, and for himself and the project volunteers and guests. 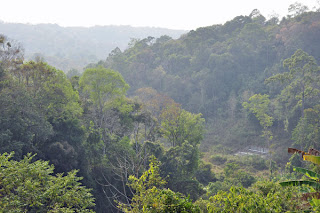 The view from the lodge main complex, the sounds of wild birds, and the abscence of traffic makes the visitor forget about urban traffic and stress, and to open the mind for the nature.

The nature here is disapearing however, and Jack said, that he heard chain saws from the next valley, after the mountain to the right in the picture. 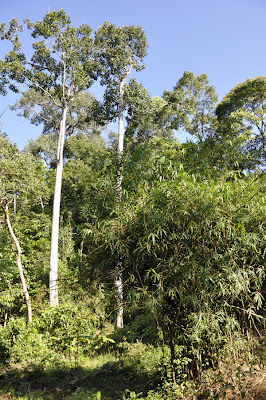 The area Jack is renting, is protected by the presence of the elephants and the economy support to the project, why this is not only an elephant sanctuary, but also a conservation project.

The area provides natural food, enough for a small herd of elephants, and natural shade and protection. 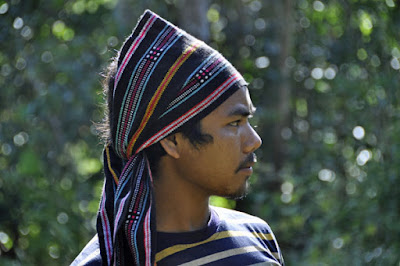 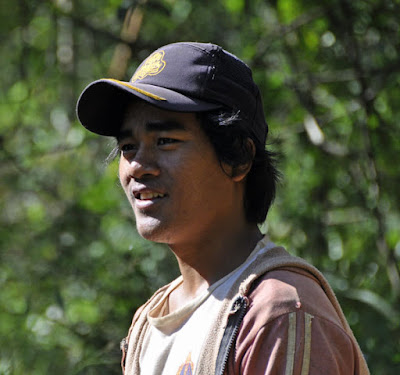 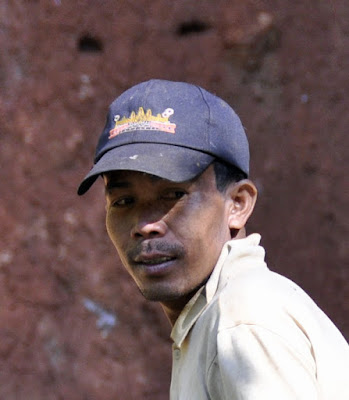 The mahouts gets their income, in a new way for them, with minor stress. 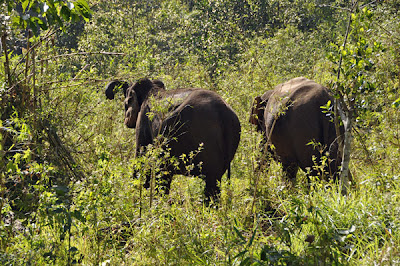 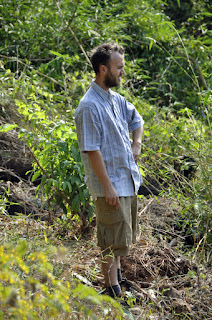 So far, this is the closest to a real sanctuary I have seen, and it could be copied on more places.

In fact, I think Jack Highwood is slowly approaching a concept, which may successively become a project where captive elephants are brought back to wild nature, with as less manipulation as possible.

But with this type of sanctuary one can only provide an environment for rather healthy, and not aggressive elephants. And for people who want to contribute by voluntering, or just visit the project, this gives an alternative way of experiencing elephants, observing their daily life close but still safely, without interfering too much.

Still, some interaction is possible, like washing the elephants and likevise. A concept which could be copied on more places.
At least Jack Highwood will try to do that, with some support.
Read more: