Circus elephants in Chile and Vietnam transfered from circus to Zoos

Almost in the same day, two circus elephants, in Chile and in Vietnam, were transfered to new locations.

In Chile, a few days ago, the Ecopolis campaigne Liberen A Ramba - Free Ramba (also on Facebook: LIBEREN A RAMBA EL ULTIMO ELEFANTE DE CIRCO EN CHILE) the elephant Ramba was confiscated from Circo Los Tachuelas in Chile and relocated to Rancagua Safari Park (Parque Safari de Rancagua) where she arrived to a newly designed one hectar facility, and an air-conditioned stable. 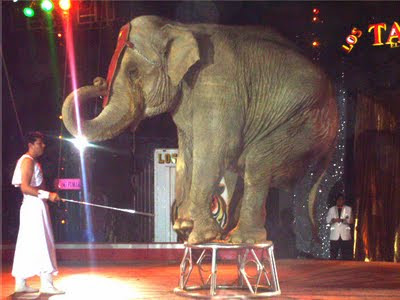 In Vietnam, there has been concearn about the elephant Ny, located at Saigon Circus, for some years.

Annie Eagleton wrote an article about Ny, Project to return circus elephant to the bush in March 2011. 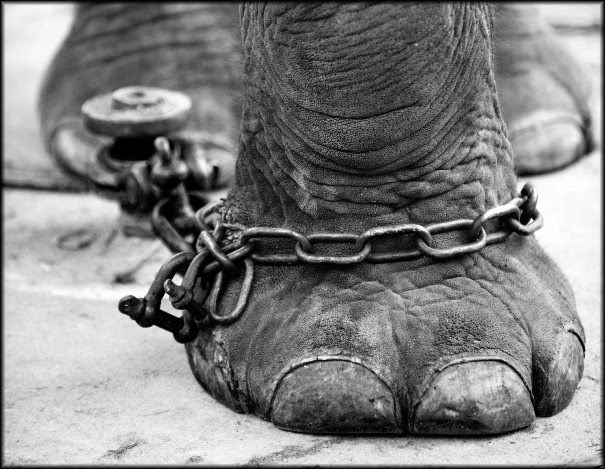 Ny and another elephant was a gift from Sony Korea to the Ho Chi Min City, who gave the two elephants to the Saigon Circus.

The second elephants where abouts is unknown, and Ny stayed on Saigon Circus as a single elephant, most of the time kept on an extremely short chain, which restricted her movements to a minimum.

Last night she arrived in Saigon Zoo, which had another 5 elephants during my visit there in January, including a mature bull. And since I am now in Saigon, I will go to see her tomorrow.
Posted by DanKoehl at 2:03 PM