Mr K.G. Sumanabanda is a four generation Sri Lankan mahout, who was chief mahout at the Pinnawala elephant orphanage (පින්නවල අලි අනාථාගාරය) since he was transfered there from Colombo Zoo in Dehivela Gardens in 1981 until 2010.

I met Sumanabanda first time back in 1977, when I, as 17 year old teenager spend four months "studying" working with elephants on Sri Lanka. I only remember a few smaller ones from that time, but I didnt stay long, I was on the way back from Kandy to Udugama, (north of the town Galle) where the Director Nelson Wickramaratne was generously letting me stay for free, so I could see the Playwood Corporation elephants in work every day..
We met again at the end of January 2012, when I during some weeks assisted Prague Zoo selecting two new elephants for import from Pinnawala, Now both females are mothers in Prague Zoo.
I spent two days with him, chattiing about elephants in his house in Hasthiraja Niwasa, Kotagama, Rambukkana, which is near the Pinnawala Sanctuary. He was cheerful and inspired by the visit, and showed a lot of old photos, but also hiding his greeve over not working in Pinnawala anymore
Its always so sad to see previous heroes being pulled down, after serving many years, Ive seen it several zoos in Europe. And his wife was also suffering from breast cancer.
We also went to see a young bull he was training in the neighbour village. 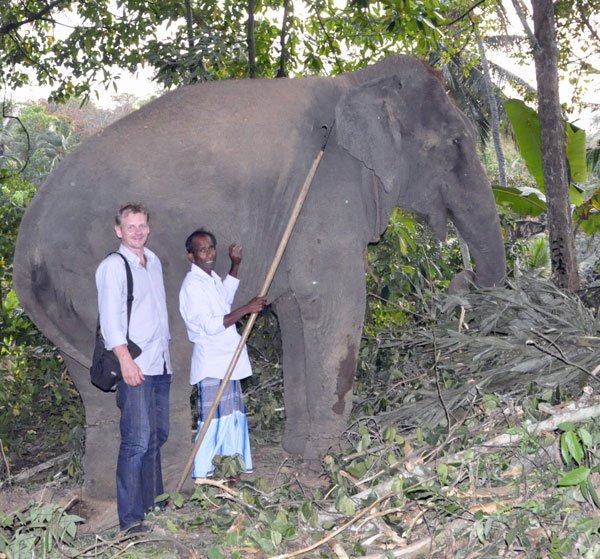 Ex Chief Mahout at Pinnawala Elephant Orphanage in Sri Lanka, Mr K. G. Sumanabanda, (He now also are represented on elephant people in the Elephant Database) and myself in Kegalle, Sri Lanka 2012
It came out as an interview, I had many questions and Sumanabanda very politelly gave me insight in his life, assisted by his daughter Chandani Sumanabanda, famous from the film by Arne Birkenstock:, Chandani: The Daughter of the Elephant Whisperer (88 mins, 2010).

Picture from the film Chandani: The Daughter of the Elephant Whisperer by Arne Birkenstock
Almost 10 years later, here are some notes from our meeting. 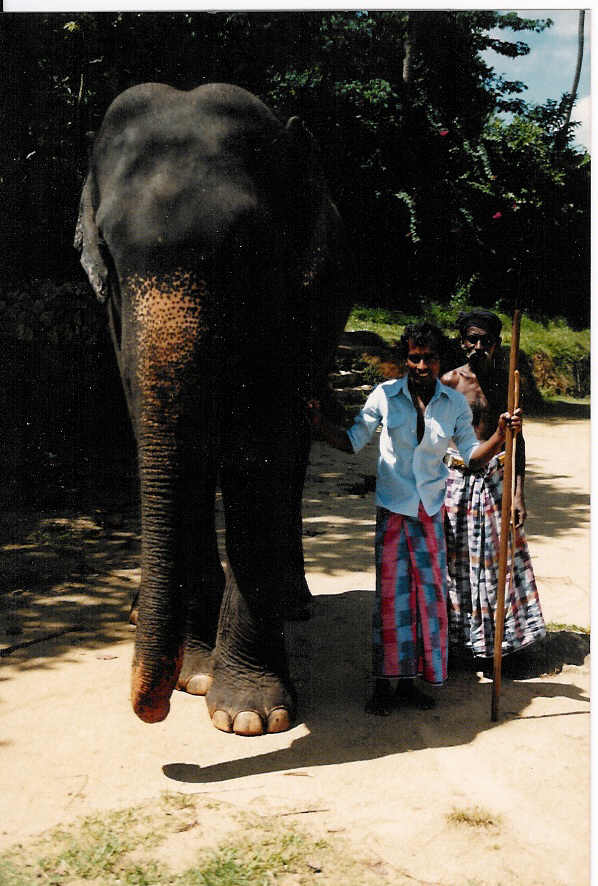 In 1981 Samunabanda was transfered from Dehivela Gardens to Pinnawela elephant orphanage where he, together with two assistants, became responsible for their 13 elephants.